Efficient, royal, regal, picturesque – these are the words that came to my mind when probed to describe Luxembourg in one word. Why efficient, you might ask. The tax laws in Luxembourg work in such a way that a lot of Private Equity firms and other asset managers have their Europe offices in Luxembourg. And that also is the reason why I got a chance to visit Luxembourg City in the spring of 2017.

While I was mostly at work during the short trip to this economic powerhouse of a country is Europe, I did manage to walk around the historic old city center which is a UNESCO world heritage site, on four of the five night that I was there.

I also had a chance to meet an old colleague who had been living in Luxembourg for the past five years, and he gave me a good primer on the country. I came to know that Luxembourg is a monarchy, has one of the highest GDP per capita in Europe, and also has a very efficient government that actually keeps the promises made during the elections. There is a huge expat community, which is not surprising considering that Luxembourg is surrounded by Germany, Belgium and France, and has German, French and Luxembourgish as its official languages.

If like me, you enjoy looking at and photographing Gothic, neo-renaissance architecture with its steeples, ornate facades and every nook and cranny containing some interesting detail, you would love walking around the old quarters in Luxembourg city. And the streets take a fairy-tale quality at dusk with the lampposts turned on and the throngs of tourists and shoppers thinned out.

Hope these pictures have piqued your interest in this lovely country. If you make your way to Luxembourg during your Europe travels, I guarantee you will not be disappointed! 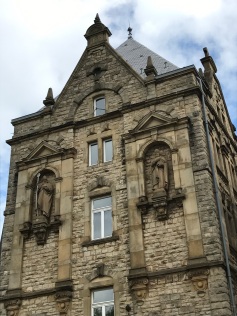 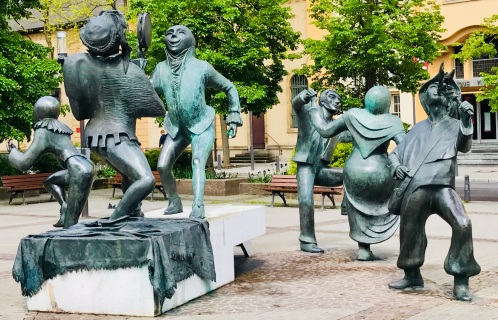 7 thoughts on “Luxembourg in pictures!”

I wanted to take Siena to Franklin Falls, a classic PNW beginner hike, for a long time, and finally did it after work today taking advantage of the long long summer days :) #pnwonderland
Tulips!!
Garfield Ledges with my buddy.
“Big” views from “Little” Si
Coal Creek Falls were looking good yesterday!
Dirty Harry’s Balcony trail! The clouds were the boss here - they got to decide how many views were allowed :)
Back when travel was not a life-or-death decision, we did a mom and daughter trip to Vancouver, Canada. It was amazing! I wrote about it in the blog. MUST VISIT AGAIN, as we could not visit any of the famous Indian food joints in our last trip!!
Dance like no one’s watching, or in Siena’s case, like everyone’s watching.
Our friend from the North Pole is back, and he came bearing gifts!
Thankful for some good days by the ocean this past summer (Ruby Beach/ Kalaloch Beach, Olympic National Park).
This gorgeous girl is going to be my sister-in-love 🥂🥂🥂 @yashnaa @d.j.a.y #djfeatyashna
The clouds are living, breathing, ever-present, shape-shifting and mobile denizens here and will be for the next few months. But every once in a while, sunlight breaks through the clouds, casts a glow and illuminates everything. #pnw #pnwonderland